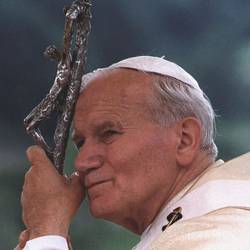 Cardinal Re has confirmed that “important proof of healings does exist.” But the Congregation for the Causes of Saints is still waiting for the documentation to come through.

Just after Christmas a Polish television channel spread rumours about Pope Wojtyla’s canonization being celebrated next October but the news was not confirmed. Vatican Insider has learnt that the Postulator of the cause, Mgr. Slawomir Oder, had apparently already picked out the case of healing he was going to present to the Congregation, some time ago. He had apparently also gathered all necessary documentation. But before presenting it to the Vatican, the diocesan process needs to take place in the diocese where the miraculous event took place. Some significant steps forward are therefore being made, but it is too early to talk dates as the Congregation of Saints has not yet examined the case. On the other hand, it should be noted that, as was seen in the case of John Paul II’s beatification process, technical times can be shortened by a higher power and so surprises are not to be excluded.

It appears far more likely Paul VI will be beatified in 2013, after Benedict XVI recognised his heroic virtues last December, after the identification of a miraculous healing performed by the former pope in California – the healing of an unborn baby. The miracle is about to be presented to the Congregation. “It could be examined in the spring – Cardinal Re said – and if it is recognised as a miracle then it could receive final approval by June.” So Paul VI’s beatification could take place in the second half of 2013, at the end of the Year of Faith.