Concern over how easily greed, self-interest and corruption took hold in the lives of so many and left the country with enormous debts. 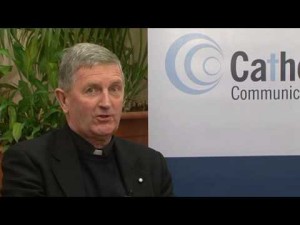 “Jesus knew that the Apostles would struggle, would abandon Him, would deny Him. Yet the door to His heart, to His forgiveness was open to them and is open to us”, he stated.
Bishop Smith’s comments follow his publication of new guidelines for funeral masses in which he urged priests in his diocese to uphold the integrity of the Catholic liturgy and ruled out the use of secular songs, poems and texts.
Addressing the economic crisis in Knock, Bishop Smith said there was a lesson to be learnt in how easily greed, self-interest and corruption took hold in the lives of so many and left the country with enormous debts.
This had impacted on the lives of all, he said, especially families. “Ethical principles too were notably absent,” he stated.
“If we throw aside the values expressed in the Ten Commandments and the Beatitudes with what do we replace them?  None seem willing to respond to such questions,” he criticised.
Posing the question of where Irish society finds its ethical foundations if the values of its Christian heritage are jettisoned, he asked, “Are personal convenience and self-interest to be the arbiters of action in which one’s conscience is no longer deemed to have a place?”
Will such shifting foundations bring cohesion and stability to society, to relationships, to individual lives, he asked.
He told the pilgrims gathered in the basilica that making choices that reflect ethical values rooted in faith in these times often demanded courage and conviction.
“It also demands a knowledge and understanding of our faith.  Learn to know the Lord, learn to give witness by word and action to that faith.”
The Bishop also made a strong statement in support of the sick and elderly, many of whom have been concerned by reports that they may be facing cuts to the old pension.
He said age did not take from people the capacity to commune with God. “The vocation of those advanced in years is the vocation of a supportive presence journeying with the different generations, reflecting the experience of life.”
To those who are sick he said it was natural to seek the alleviation of pain and sorrow.  But he underlined that no matter how burdened with years or broken in life a person might be; in the sight of God they are “still bearing fruit, still full of sap, still green.”
On the many types of pilgrimage, Bishop Smith said there were many forms which demanded physical exercise like climbing Croagh Patrick here in Mayo or walking the Camino de Compostela in Spain. All of these give witness to faith, he said.
However, he said the shrines of Mary have a different intent. “They are all places inviting reflection and prayer. They invite us to ponder on the message that is central to the shrine.”
“In Lourdes and Fatima a few words were spoken with a profound message. No words were spoken at Knock. But the silence that enveloped the Apparition here at Knock is deeply expressive. Its focus on silence and its pointing to the Eucharist touch central elements of our faith and the living of that faith.”
The Bishop said there were a variety of reasons which inspired people to go on pilgrimage.
“It is a public affirmation of faith.  Many bring their own pains and sorrows seeking comfort and support, responding to the words of Jesus ‘come to me all you who labour and are overburdened’.  Those burdens take many forms, some touching life at the deepest level of darkness and pain, often a pain and sorrow that is too deep for words,” he said.