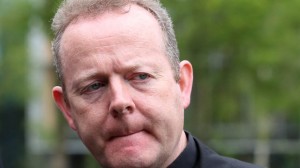 “I am saddened to meet youngsters suffering from depression. I was involved in counselling in the school, it was terribly sad to find young children who could not cope with life at 13, 14 and 15,” he said.

“One of the things I cannot accept is how suicide is glamorised. We have to be careful after such a tragedy that we do not romanticise it in any way. I would be very clear in trying to get across to young people the terrible pain it leaves in the aftermath.”

He underlined that society’s response to suicide ought to be a compassionate one but that the trauma for the parents and family left behind was often heart-breaking.

“It is an awfully traumatic thing for a parent to see young people take their own lives. To see suicide becoming part of the life of teenagers, to have them witnessing it, being in the same class as people who took their own lives. Then you go into the class as principal and try to talk to them and help them understand it.”

“It is heart-breaking to see parents blame themselves,” he said. “You see parents exasperated, wondering: why? why did they do this? It is such an awful thing the way it just tears a family apart.”

“But teenagers are subject to influences outside of home influences. In many ways, their childhood lasts a short time, catapulted into the adult world at a very young age. That brings a lot of risks. You are living life at a high-risk level.”

“A lot of young people maybe have been sheltered from an awful lot from knocks in their lives. To see a young boy where a relationship breaks down, suddenly he feels his whole life has no meaning.”

“It is a cry for meaning. It is a cry for purpose. I would always be a very strong believer in a faith-based education system. It tries to give young people a sense of direction in their lives, it’s not just about churning out grades, getting points in exams.”

“This pretence that your sense of direction in life is not the business of school? It is, very much. In the aftermath of suicide, to be free to talk about God and faith, it is a really important thing.”