“A film rooted in the gospel story and Catholic faith- one of the best films on priests in recent years.” 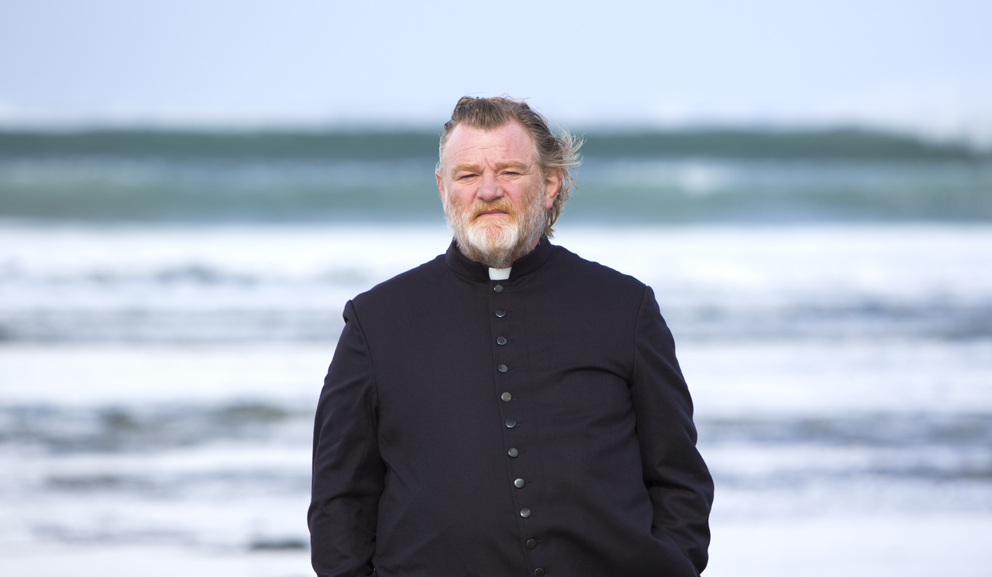 An international award was given to the film in February by the Christian film professionals in SIGNIS who stated: “This is a film rooted in the gospel story and in Catholic faith. It is one of the best films on priests in recent years.”

The statement went on to say that until now a key film on the life of a parish priest was Robert Bresson’s version of the novel by Georges Bernanos, Diary of a Country Priest.

In various interviews, Brendan Gleeson said that initial discussions with writer John Michael McDonagh came up with the “notion” of a good priest against the backdrop of the clerical abuse scandals in the Church in Ireland.

“There have been some recent revelations about people being blamed in the wrong and being accused of paedophilia where it wasn’t actually true and we were talking about how hideous that would be,” he said in an interview with Enterntainment.ie.

Brendan Gleeson has often played the darker characters such as in the film, The General.

He said he found that in order to play this good character of a priest he had to access “a belief in a purity of goodness” that was “childlike” and a notion that he (the priest) is there to preserve that in some way.

He said he had a “scary moment” when putting on the vestments for the first time.

This act felt like “putting on the armour to protect something that is good and beautiful. For me it went beyond Catholicism, in that the movie put that emphasis on keeping the faith and goodness as a force and something you aspire to,” he said.

“Faith, hope and charity all these things that everybody appears to be losing in this world we have.”

When he promoted ‘Cavalry’ at the Berlin Film Festival in February, he dedicated the movie role to Ireland’s good priests who, he said, have been overlooked or even tarred by recent clerical abuse scandals.

Brendan Gleeson said that the role was “the most pressurised” he’d ever experienced. 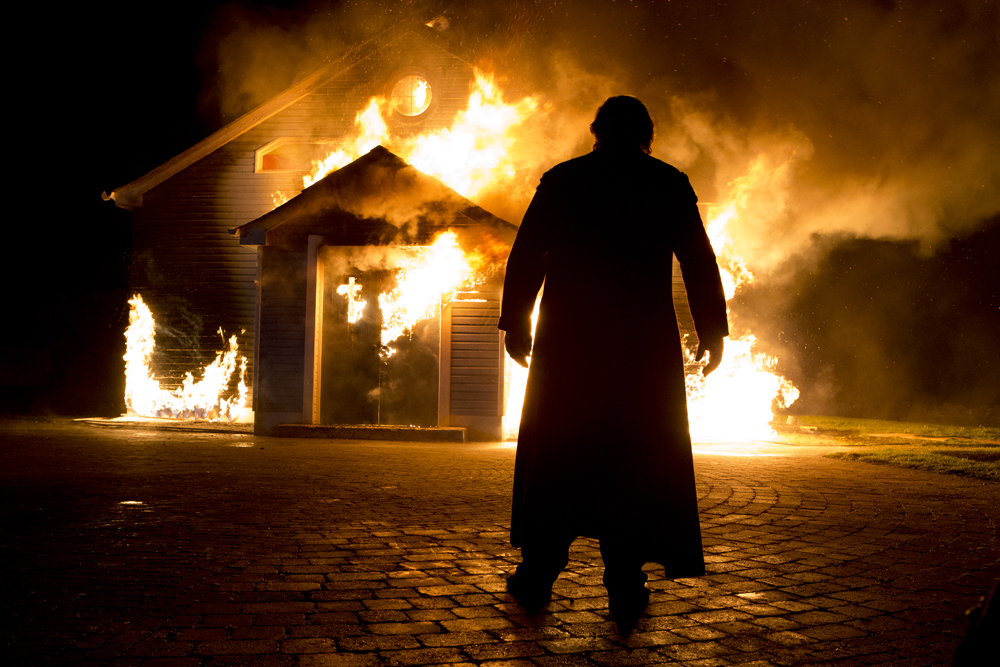 The independent Ecumenical Jury at the Berlin International Film Festival (February 2014) named Calvary as Best Film in the Panorama strand.

The Jury Statement said: “An Irish-Catholic priest learns during a confession that he has only one more week to live before he will be killed. Will his moral integrity lead him to bear the sins of his Church?”

“Various serious topics are often dealt with in a dark humorous way. Brendan Gleeson’s memorable performance will become a classic in the canon of movie-priests.”

The award was created by Christian film-makers, film critics and other film professionals to honour works of artistic quality which witnesses to the power of film to reveal the mysterious depths of human beings through what concerns them.

The ecumenical jury is composed of six members nominated by SIGNIS for Catholics, and Interfilm for Protestants.

In a statement SIGNIS stated: “Calvary is well worth seeing, the story of a priest and his own agony and Calvary in a contemporary situation, showing contemporary problems, illustrating the response of contemporary parishioners and non-believers. The writer-director has intelligently combined problems with a portrait of a genuine, if struggling, 21st century parish priest.”